A joint initiative of the Bob Hawke Prime Ministerial Centre at the University of South Australia and the Australian Migrant Resource Centre, the SA Refugee Week Youth Poster Exhibition empowers students to empathise with and advocate for refugees displaced across the world.

Over 300 entries were received for the exhibition, and 70 students from 49 schools selected to take part. UniSA third year Bachelor of Design (Illustration and Animation) students Kate Verner, Larissa Klar, Fatima Ahmadi, Lam Ser Ern, Dale Thiele and Sean Stolte were all short-listed for the exhibition. The students were supported during this project by Dr Doreen Donovan and Visiting Distinguished Thought Leader Professor Robert Brinkerhoff, from the Rhode Island School of Design, during his visit earlier this year.

Congratulations to Fatima Ahmadi for receiving the Best Poster award in the Tertiary category for her submission Together we Unite (below). Sean Stolte received the Runner Up award and Dale Thiele received a commendation. 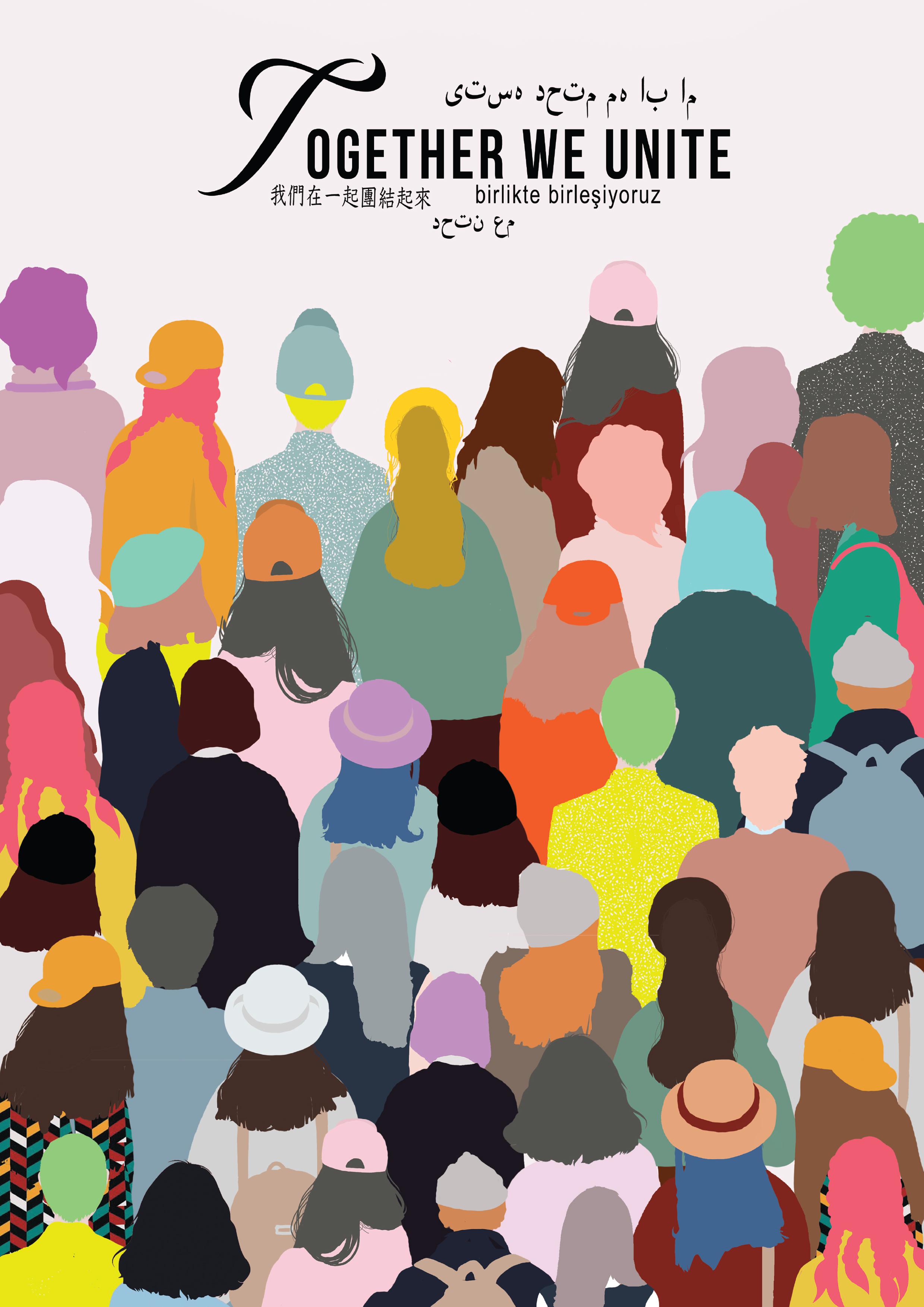 Together we Unite by Fatima Ahmadi